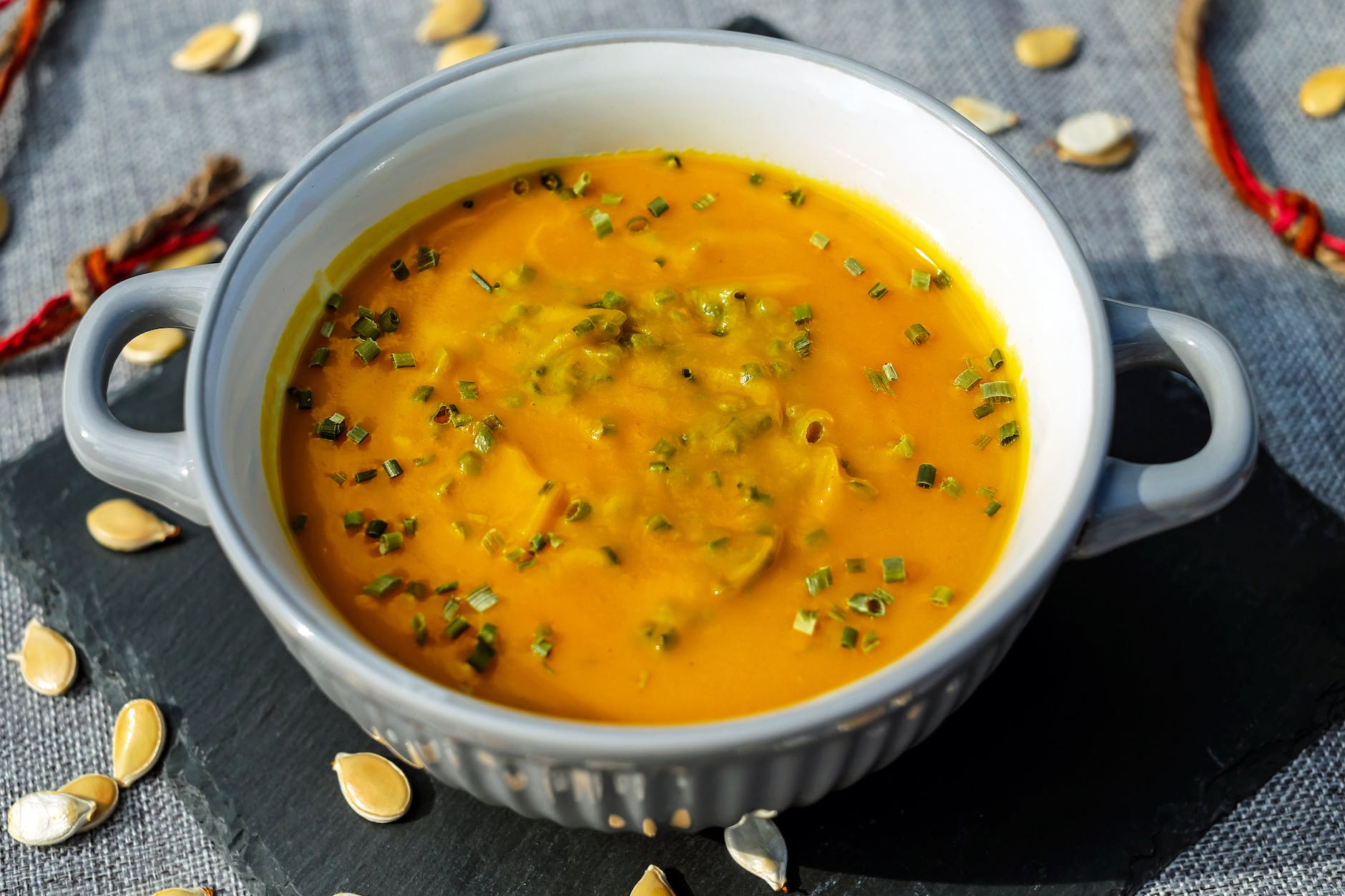 You can search here only recipes listed in the Soups category.

Tom Kha GaiBy PeterIn the late 19th century, tom kha was not a soup. It was a dish of chicken or duck simmered in a light coconut broth with a generous amount of galangal. It was then served with a basic roasted chili jam as a dipping relish. Since the dish is very popular, there are also other versions of the soup - vegetarian, tofu, seafood, and pork tom kha are just some of its varieties. It is traditionally served with rice on the side, garnished with coriander leaves and diced tomatoes.
Czech Frankfurt SoupBy PeterThis is a traditional and incredibly delicious czech soup with a misleading name as Frankfurt isn’t located in the Czech Republic. It comes with the taste of garlic and sweet ground paprika and sausages floating on the surface.
Broccoli Leafs SoupBy PeterGreat soup recipe to make use of broccoli leaves from your garden, which are very healthy and nutritious. In supermarket you most likely won't come around broccoli leaves, best substitute for this is a whole kale head.
Mysore RasamBy PeterMysore Rasam soup is absolutely foreign to us in Europe. I discovered it thanks to the rasam spice mix which I was gifted by my colleague. Recipe for this soup is fairly easy and with help of pressure cooker it can be done within few minutes. This recipe has originated from Mysore hence the name Mysore Rasam. Very specific about this variation is use of the coconut.
Sauerkraut SoupBy PeterThis recipe is Slovak version of the Sauerkraut soup which is traditionally served during Christmas festivities. No one is more associated with sauerkraut than Gemans but they didn't invent this dish and there is tons of variations of this recipe across Europe. Over 2000 years ago the Chinese were building the great wall of China and needed to feed thousands of workers in a remote area. They found probably one of the most remarkable things about cabbage that you can preserve it with no refrigeration or canning by fermenting it. They didn't use salt, probably because salt was scarce back then, but they used a rice wine to ferment and preserve the cabbage and it was a nutritious dish that fed the workers and kept them healthy and strong.
Beef StewBy PeterThis stew recipe is perhaps one of the best yet easiest recipes to make in the Instapot. Beans in this recipe goes long way. Stewing meat is a cooking method that has been older than virtually any other type of cooking. From the first time man made fire, almost instantly he learned how to slow cook meat over low fire for extended periods of time.
Split Pea SoupBy PeterWith the help of the pressure cooker, split pea soup is done in a few minutes. If you omit the meat you have great vegetarian dish. However, addition of a smoked ham adds very nice complexity to the whole dish. This is great recipe for busy weeks as its very hearty. You can control level of soup thickness by adding more or less water.